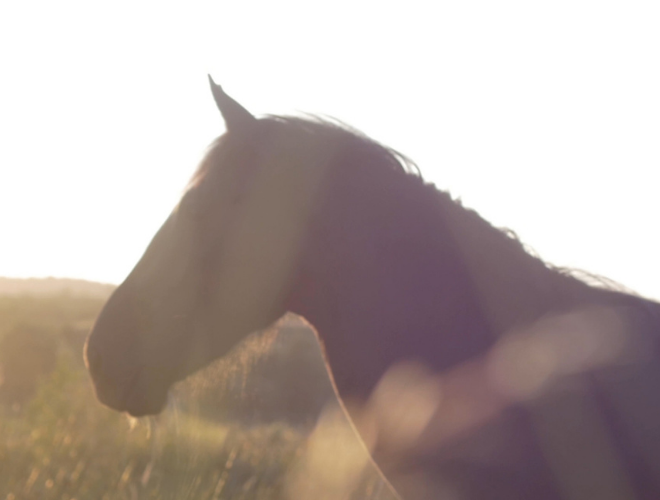 An ancient people formed of land. Skilled with horse and skilled of hand

A wind of progress blew down our roads, Values not the ways of those,

For two peoples living hand in hand No space was left upon th is Land Guardians of our culture old,

A modern system would be sold Parade (Entrance Ode):

Stained of name and stained of knuckle Episode:

The girth and traces the grass and the rush.

The hawthorn the brambles, the wren and thrush. The withers the flank the muzzle and hoof.

The hammer and anvil the spokes and the roof

The willow and ash the robin the crow.

The Iron and stays the sun and the snow

The Forearm and fetlocks the gutter and vent. The jig and the snips and the blanket and tent

The Mollicroft, gutter the brasses and reins The dove the blackbird the sweat and the veins

The Blackthorne and holly the sticks and the smoke. The fore head the flank the willow and oak

The jack the shackles the elm and the yew

The sparrow and magpie the stove and the flue The bits and the bridles the footboard and spreader The mane and the muzzle, the rope and the tether

The kestrel the moorhen the bay and the grey The punch and the iron the grain and the hay The loin and the barrel the labor and shoulder The tarmac and gravel the foxglove and clover.

The pheasant and fox the cloth and the table The chestnut the Dun, the fragile and stable

The plough and the scythe, the leaf and the green The snowdrop and daisy the subtle and lean.

The Barrel and cannon the shafts and the perch The cuckoo and curlew , the beach and the birch The hogweed and hazel the carriage and bellows The martingale, blinkers the shadows and echoes

The rook and the skylark, the tin and the pipe. The wren and the jackdaw the young and the ripe. The wood and the bark the wind and the cloud.

The butterfly the moth the proud and the bowed.

The race for progress was happening so fast we didn’t notice a profound narrowing of customs and values. We engaged in a paradox of moral priority. Each Sunday we sang the psalms, but were silent to the imprisonment of the poor. We were silent to a loss of innocence, silent to the theft of the children of the nomads by the people of cloth. Suspicion was encouraged and the narrative of the laborer, the horse dealer, the tinsmith, the fiddler and the bard, was replaced with the fighter the beggar, the gaudy, the knacker, the tramps of the road. Languages were lost or hidden from sight and traditions were diluted or erased. Our forced assimilation and absorption failed, it compelled these people to close in on themselves to the security and strength of a family unit, Who we are comfortable to engage with, only through the distance of a camera lens. It forced an existence on the margins and for many an imprisonment of reliance.

Stained of name and stained of knuckle

Arnolfini are a registered charity and rely on support to realise our ambition to bring contemporary art to the community in Bristol and beyond.

We are grateful of any donation you’re able to manage, please click on the link below. Thank you.

This website uses cookies to improve your experience while you navigate through the website. Out of these cookies, the cookies that are categorised as necessary are stored on your browser as they are essential for the working of basic functionalities of the website. We also use third-party cookies that help us analyse and understand how you use this website. These cookies will be stored in your browser only with your consent. You also have the option to opt-out of these cookies. But opting out of some of these cookies may have an effect on your browsing experience.
Necessary Always Enabled
Necessary cookies are absolutely essential for the website to function properly. This category only includes cookies that ensures basic functionalities and security features of the website. These cookies do not store any personal information.
Non-necessary
Any cookies that may not be particularly necessary for the website to function and is used specifically to collect user personal data via analytics, ads, other embedded contents are termed as non-necessary cookies. It is mandatory to procure user consent prior to running these cookies on your website.
SAVE & ACCEPT